Today my personal belongings were stolen from me for the first time in my life. The perpetrator stole a bag containing cold-weather clothes and several other items. Purchased new, the items might cost about $200 altogether. I left the bag in a place where I have left things many times before. However, I usually cover my bags with towels or jackets to make them less noticeable. It seems I was caught off-guard today.

What do I have to say about this matter. Well, the bag contained clothing which I use very often in the Winter-- sweatpants, a jacket, a hat, forearm sleeves, a buff, and a pair of gloves. I did not consider any of these items to be low-quality. I use all of them on a regular basis to help me stay warm in cold weather. The point is that I use these items for survival. The person who stole the items, therefore, stole tools which I use to survive. To threaten my ability to survive is to make the most severe transgression possible against me as an individual. Even worse, he violated the trust-level of what ought to be a high-trust environment, which is also crucial to survival. As such, I feel no mercy for the perpetrator. If the government either permitted the action or did not exist, I would strongly consider hanging the perpetrator from the highest tree in the city, to send this message: subhuman filth is not tolerated.

What do I have to say to the rest of you. I expect a plethora of middle-aged morons to say, whether to me directly or not, that I have to, “Just let the problem go.” They will agree that the world has gotten crazier over their lifetimes, and that people have become less trustworthy. But then, they will quickly divert from the matter, saying that there is nothing I can do and I have to move on. They will advise that I should not leave my stuff in the same place unattended next time, which is logical enough. Even so, they cannot help but to finally top it off by saying, “That's life.” As the mayor of London likes to say to rape victims, “That's just part of life in the current time and place. There's nothing you can do about it!” Indeed, the people who bear the most responsibility for the creation of problems are the people most likely to undermine their severity.

There is also a third fallacy paired with the second, which is that people not only expect an endless supply of any and all goods they desire, but they also expect that the quality will never waiver. Of course, the ceaseless race to procure the cheapest labor possible, combined with dwindling resources, means that goods are generally declining in quality as time goes on. It has gotten to the point where, in many cases, I seek out older or used items instead of new ones.

Learned helplessness, which in this case is the same as selfish laziness, is not the only reaction of idiocy that will occur. No-- I will be told that I can simply replace the stolen items by purchasing new ones. “Gloves? What's the big deal over losing a pair of gloves? We'll get you a new one for five dollars!” There are several fallacies in this line of thought. The first is in valuing things in terms of money. The second is the expectation of an endless supply. Both fallacies are factors in why humanity currently exists in such a state of dereliction. Prioritizing the concern over how many shekels it costs to buy things has ultimately yielded an economy hell-bent on self-destruction. The society-wide emphasis on money perpetuates mass production, which in turn has led the general populace to expect a seemingly-endless supply of all physical things. Not only that, but they expect that they will not have to work to directly produce these things; instead, they have to work only to earn the money to buy them. That is, if they have to work at all. If they qualify for government assistance, then Shartin' Joe will buy it for them instead.


Anyway, the burglary has not yet been proven outright since a perpetrator has not yet been seen on camera nor identified, but the event has been proven beyond a reasonable doubt. I will not necessarily post a follow-up to this post. Even so, if you see either the following logo on a black drawstring bag, or my last name on a pair of black pants, let me know. Of course, I don't expect you to see them.

By the way, it should go without mentioning that the only rectification possible for the perpetrator is to devote the rest of his life to resolving omnicide, which is the destruction of resources that has been wrought by humanity. The individual can learn how to do that by reading through the Brian Harner Archive. Here is the first lesson: the reason that threatening my ability to survive is the most severe transgression possible against me as an individual, is that I have to survive in order to continue helping others to survive. These others are both currently-existing people as well as future ones-- more so the latter. I am not referring only to humans, either. In contrast, if my existence had low or no potential for helping others to survive, then threats to my own survival would be mere trifles in the grand scheme of things.

In closing, here is the logo on my bag. 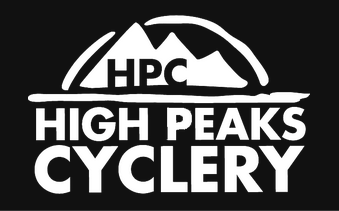