The following is the 37th e-mail message I sent to Brian Harner and the 70th message in our conversation. This was sent on October 2 12:32AM.

Brian, don't sleep with the phone next to your head! If there is a chance you are getting cancer, that could be a factor. But I know you might tell me you find it necessary and are not concerned about yourself.

Can I send you money? I was about to pay for something I do not truly need. I can give the money to you instead.

In fact, I was going to sign up for a race on the 10th within the next several days. Perhaps I should not do so. It is 100 miles, and all the factors involved would consoom much of my attention from now until at least the 13th. That is not worth it.

I am starting to receive paychecks from work now. They are not big, as I had my hours cut this semester, but I can still send you some of the money. Next month I will probably get a holiday job like I did last year. I made about $2000 in two months.

It might make more sense if I went to Mangum to attempt to assist you with the grail.

Maybe you could come here instead, though the cold alone might keep you away, unless you want that. We are having some days in the 60s right now. The current forecast for the 10th-15th is in the 60s every day. That is some pleasant October weather. We have some steaks from a local farm in the freezer, and I can get more. There are local eggs, too. And grapes. Thruway rest stops and the park-and-ride lots at the exits are great places to sleep in the car. Good trails/nature places not in state parks include the Finger Lakes Trail, which is horizontal across the state, and the Northville-Placid Trail in the Adirondacks. Both are over 100 miles long and very remote in some places. The FLT also coincides with the North Country Trail in some places. You can park on state land for 3 days without a permit, and I think you can park in the NPT lots for up to 2 weeks with no one bothering your car. There is supposedly a hermit who lives on Long Lake. There are lean-to shelters throughout the Adirondacks open to public use. Most of them are situated close (as in <50 feet) to bodies of water. I also know of one, on a small lake, that is actually no more than half a mile from a road. I stayed there alone once.

The race I had planned on attending is called the Tesla Hertz Run. I don't know to what extent the runners care about Tesla, but I am pretty sure the race director has some interest in him. I suppose he must to bother putting Tesla's face on all the race merchandise. Tesla was trying to figure out free energy. Perhaps the race director would be interested to hear that someone figured out something similar. 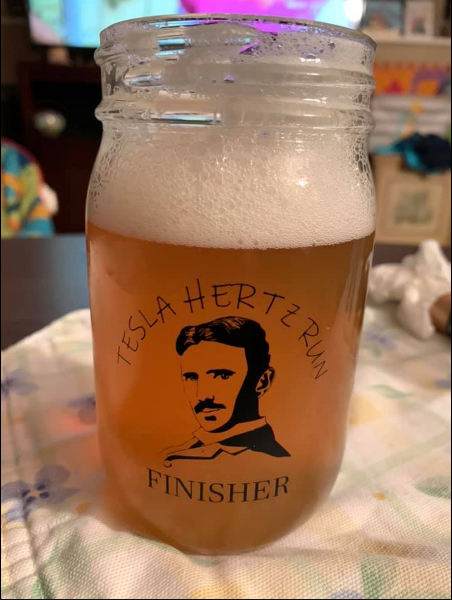 While I was reading the second-to-last paragraph, a bar appeared on my computer for several seconds that said, "0%." A few seconds later it reappared and said, "11%." I've never seen that bar before, and I was not pressing anything when it appeared. Late into writing this e-mail, it appeared again with "11%." When I finished writing and was reading your e-mail again before replying, the bar reappeared with "0%."

During our conversation which is currently "lost," you said that you want everyone to wake up "by next Friday," which is tomorrow. Clearly you were dead serious about that.

Is there any information you would be willing to send me before this transpires, such as the manuscript for The Key, or any notes or photos you might have?

My recent thought has been that in future conversations I will ask you more in-depth about practical matters. Today I watched a video on aquaponics. I have been curious about what exactly you built and were planning to build. I suppose now our conversations will also focus on what is likely to happen going forward, if we have not already made that clear.

I am sure I will do something else as well. I probably will post this straight to kimwrate.com, just so you know. It is kosher enough to be edit-free. The only way I would not do so is if you ask me not to. Maybe I will finally make another 4chan thread too. I have plenty of material to share over there such as the bitchute account and the pdf of your emails. I'll have to put links to those on my website as well.

My website has a series of letters I have written to one of my co-workers. She did for me what I did for you (which is what you've done for humanity's maker), which is uplift me at a time when I was burnt out. She did this in a much more passive way, but it still counted, if it was not essential. She helped me to get blogging again after I stopped almost entirely for two years. She listened to my most honest thoughts when no one else would. I asked her angrily one day, "Why is no one else capable having of this conversation?" She did not know the answer. The last letter I wrote to her was sent on April 10th. I have not had contact with her since then, though we do still work in the same place. My conversations with her have centered around the fallen state of humanity and my desire to live in alignment with nature. I have been planning to write her another letter about the answers you have provided regarding all my concerns and questions. That could be involved in some kind of imminent solution, though I have been imagining it as a 20,000+ word type deal, and there is only so much time. Hm... She has a more important position than I do, and she is quite possibly one of the most popular and well-respected educators I have ever met. When I was talking to her I was interested by the dichotomy between her graceful lightness and my grave heaviness. She might be 30 years old but I actually have close to no evidence of her age.

Speaking of my job, the other day a student sent me several links from his professor. One of them was this page: https://www2.mvcc.edu//users/faculty/jfiore/et154.html

He was president of a local running club some years ago. When you mentioned in Chapter 7 that someone with expertise in elctronics would be needed to pursue further research on Stanley Meyer's work, I thought of him. He has written his own textbooks for his classes (digital format only) and makes them available free of charge on his school website. He also has a link to the Britney Spears Guide to Semiconductor Physics. It is good for some lulz. http://britneyspears.ac/lasers.htm

Anyway, here is a screencap of part of the professor's page.

If and when you disappear, I suppose I will become unofficially "in charge" of much of the information related to you, if that is the proper term. I already am... But it will be different. I'll be alone. Perhaps while I am preparing for what the future brings, I will also be largely alone. But that is not set in stone.

P.S. Here is a closer look at that photo of Kassidi. Maybe if I/others put the pedal to the metal we could get you the total of $70K you are owed, but I am doubting the ability of these people to pay you back. Also, the timestamp I have of your e-mail is 6:29PM, which is my birthday. 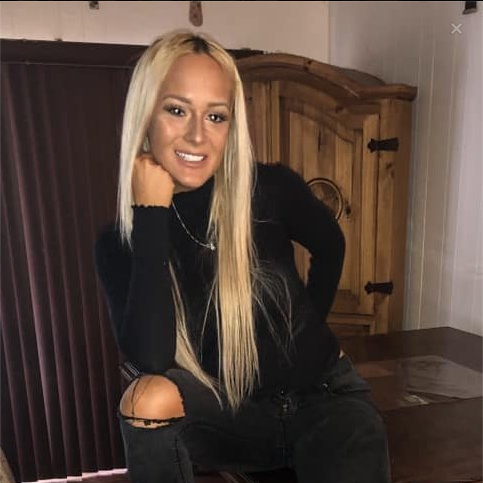