A Phonecall with Brian Harner

Note that in Part One I moved the microphone further away from the phone about 15 minutes in.

In Part Two I did not turn on speaker phone until 4 minutes 24 seconds in.

In both recordings, my phone periodically makes a single "beep." I am not certain why: I selected an option to turn off tones and the noise continued.

Whether Part Three will see the light of day is to be determined. Towards the end of our final conversation I noticed that my recording device, the Sansa SanDisk, was off. Without stopping the conversation, I turned it back on and recorded the last 15 minutes. The second-to-last recorded file on my device does not play. I think the device turned off while recording, and the file was not officially saved but it was still created. I ran chkdsk /f on Windows 7 and took the following screenshot. I'm not sure whether this helps or hurts the effort to recover the file. Additionally, it is harder to recover corrupted data if more data is added to the device after the corruption occurs. This happened in my situation via the last 15-minute recording. 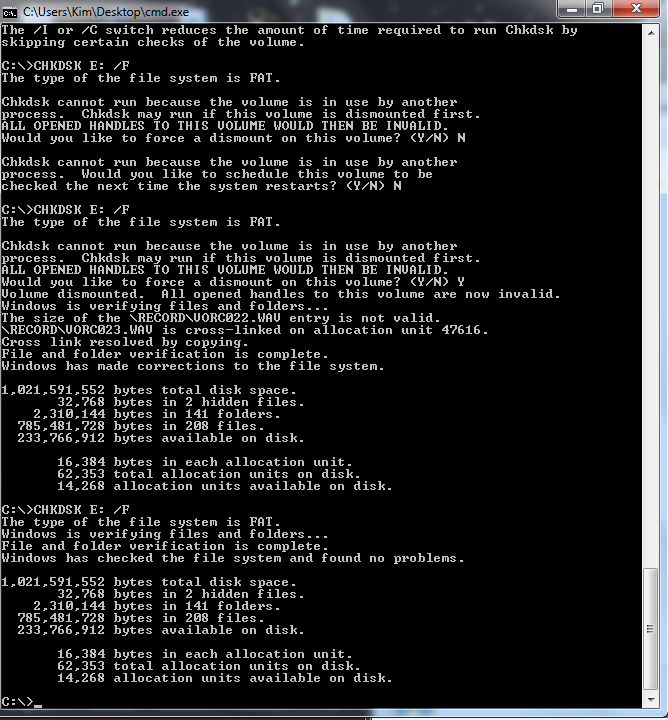 Before I ran chkdsk, the size of the file was 0 bytes. Now it is 27MB, and Linux shows it as having an obviously incorrect modified date, unlike all of the other recordings on the sansa device.

I have not tried converting the file to mp3 yet, nor have I seen a length (in time) of the recording. 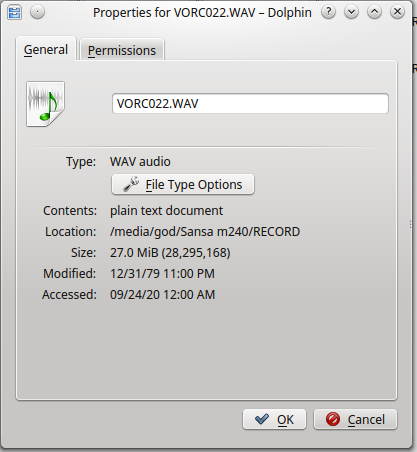 For now the final 15 minutes is available as a .zip file. Just open the location you saved the file to, right click on the file, and select "Extract All." If you are using a Linux operating system, you can execute the unzip command followed by the filename.

I have raised the original volume of all of the recordings by 7 decibels using online software named MP3 Louder.

I am looking to create transcripts of these recordings. You are welcome to participate in that by simply listening and writing down what you hear verbatim. You can also make notes of the subjects being discussed at different points throughout the recordings (e.g. like a timeline).

You also can listen to Part One using the player below.