(Note that I did not create any of the images nor image-compilations used in this article.)

For approximately the last 100 years, rather ugly artforms have become widely viewed. This began with cubist and dadaist art, produced by the likes of people such as Pablo Picasso and Michel Duchamp. Following World War II, these oversimplistic artforms became more prevalent: famous artists from this period of time include Andy Warhol and Keith Haring, both practitioners of "pop art." Now, it seems that the unsavory is all that is seen (or at least, most highly-promoted) in our “modern art.” There is much ground that could be covered regarding modern art, such as art exhibits which display people screaming for an hour or more, vaudeville-type shows where people have sex on stage, depressing cube-based architecture, undefinable statues, Marina Abromovic's pointless and disturbing displays (such as "Spirit Cooking"), Tony Podesta's collection of sadistic and demented images and sculptures, enlarged images of anuses, and statues of gigantic phalluses. In this article, however, I will focus on one specific type of modern art, which is comparable to both cartoons and to cubist art. For now I will refer to it as, “Flat Art.”

This art style is commonly used by corporations. It also is used to promote a rootless, cosmopolitan, and sexually-ambiguous vision of life which is in defiance of the natural order on a healthy planet. In a significant number of examples, the people depicted do not have eyes. In the images where people do have eyes, the eyes are often nothing more than dots. That is the most damning aspect of this artform which makes it soulless. The soul is seen in the eyes, and it is the soul which sees reality for what it really is. The people who make this art do not want you to do that. They want you to only make emotional exclamations with your mouth, and see nothing. 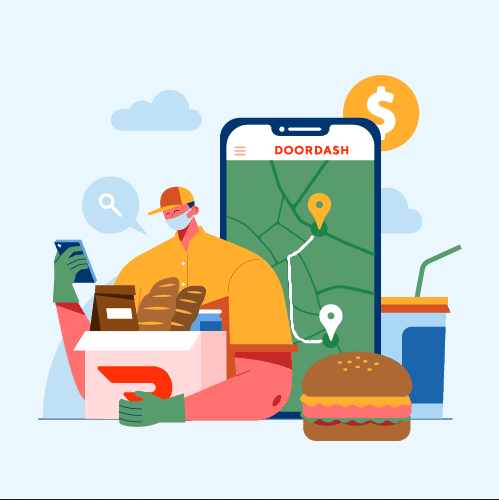 Let's not forget that they also normalized an image of a pile of feces, to the point where hats were made of the image. 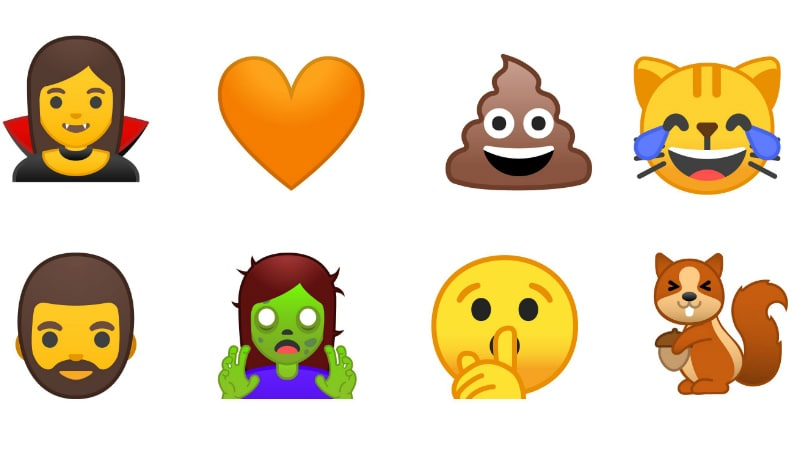 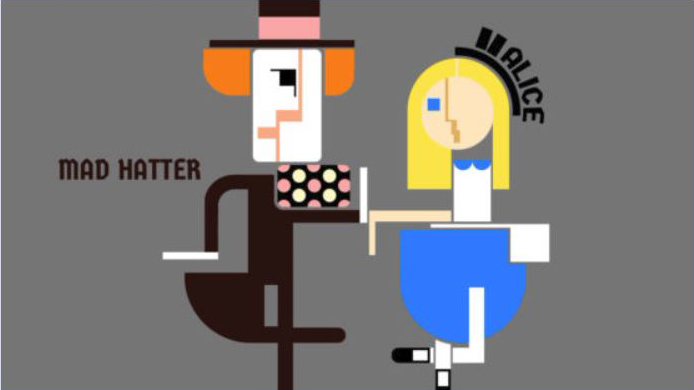 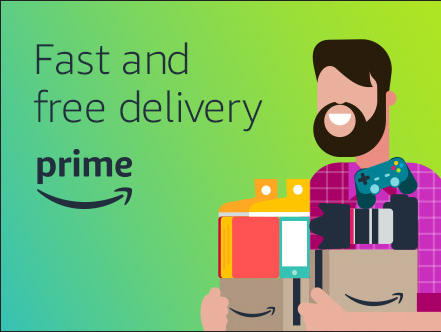 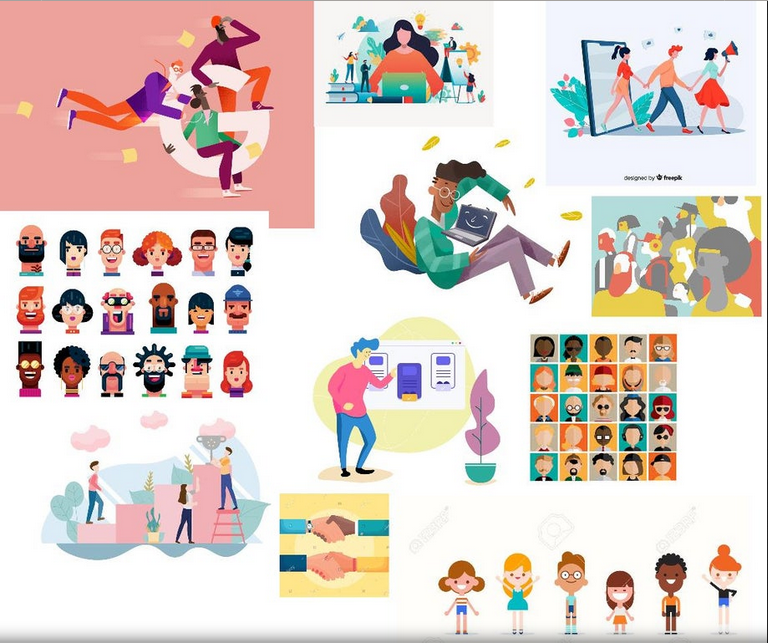 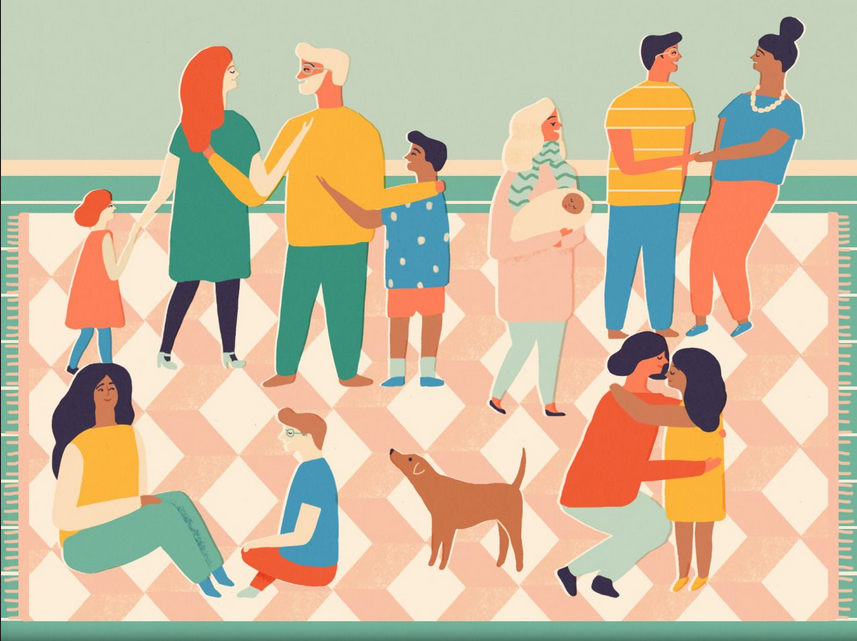 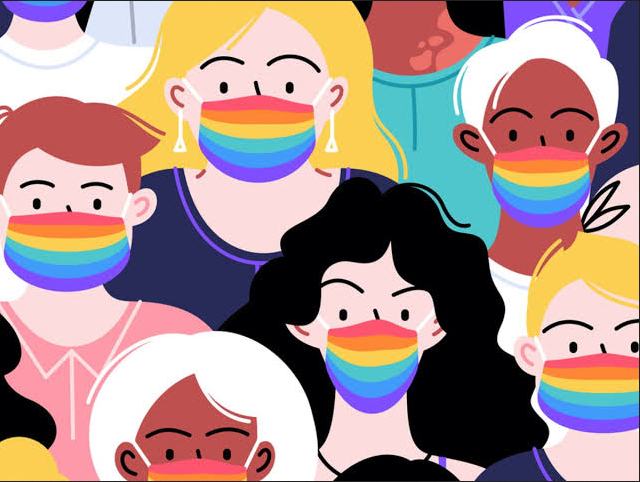 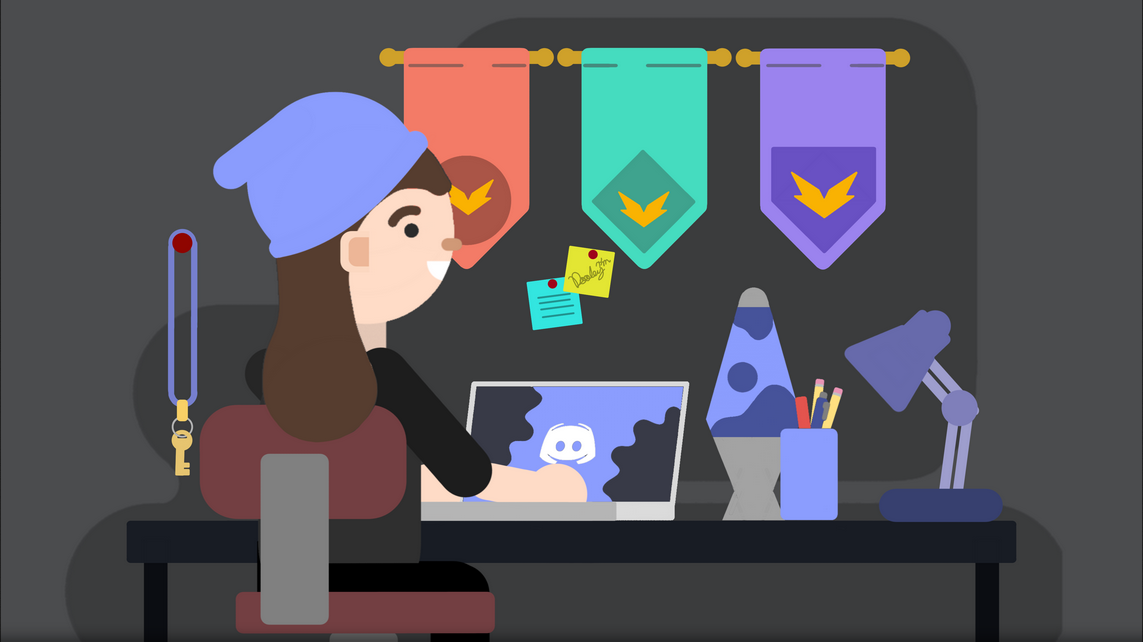 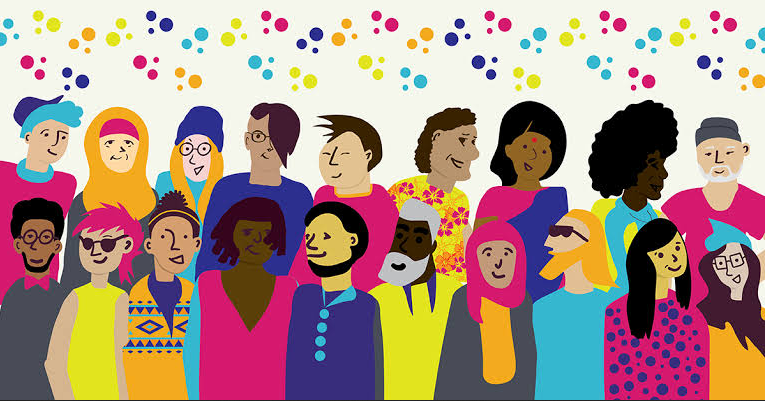 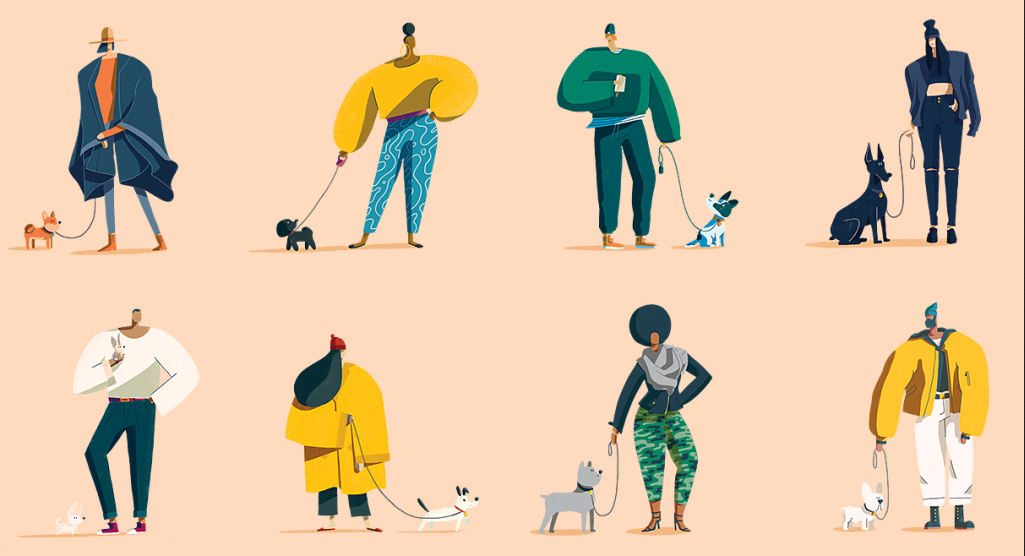 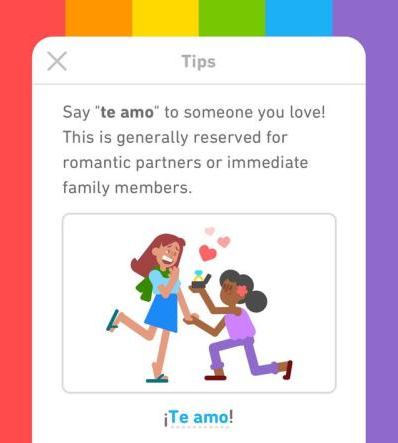 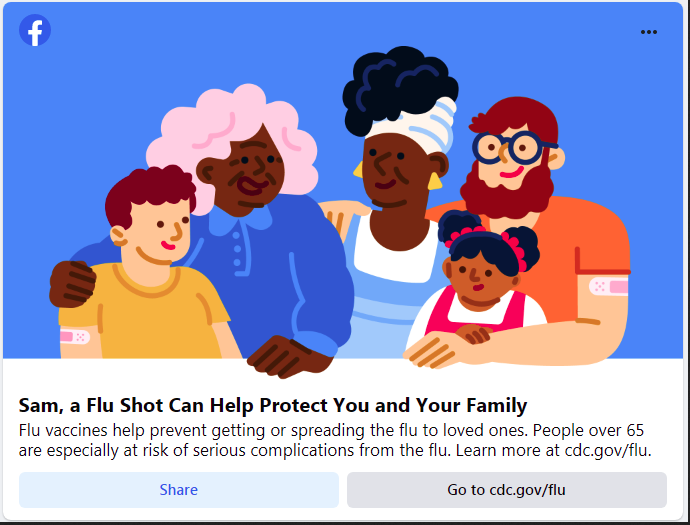 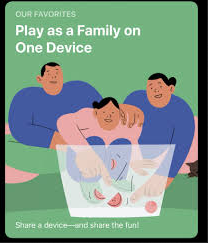 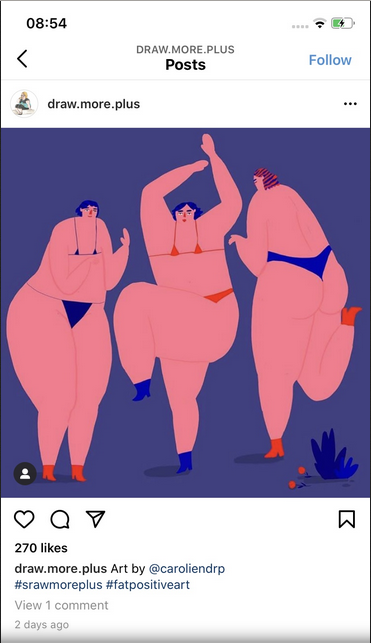 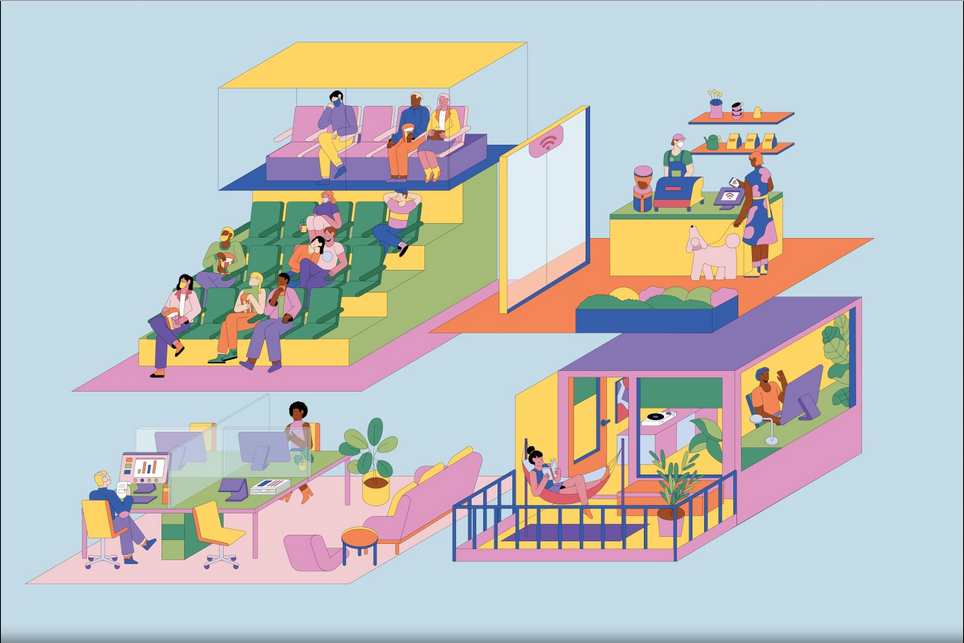 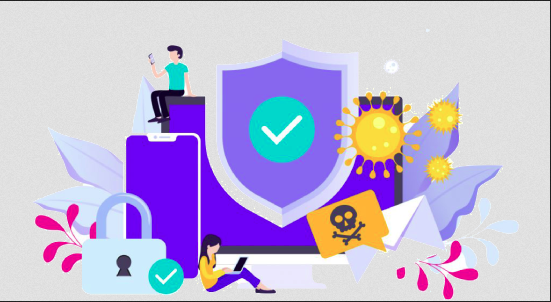 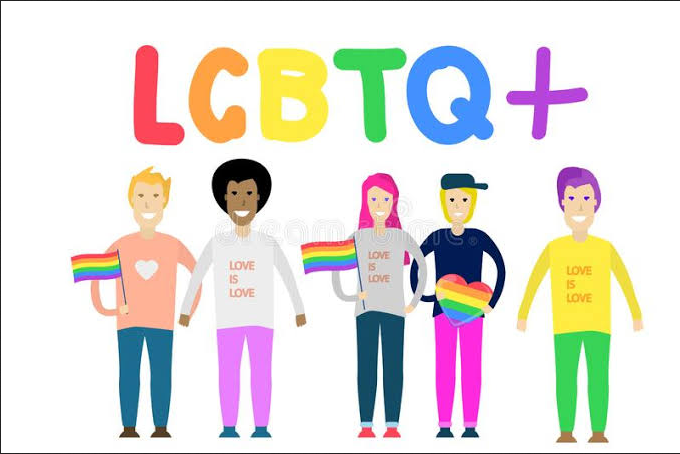 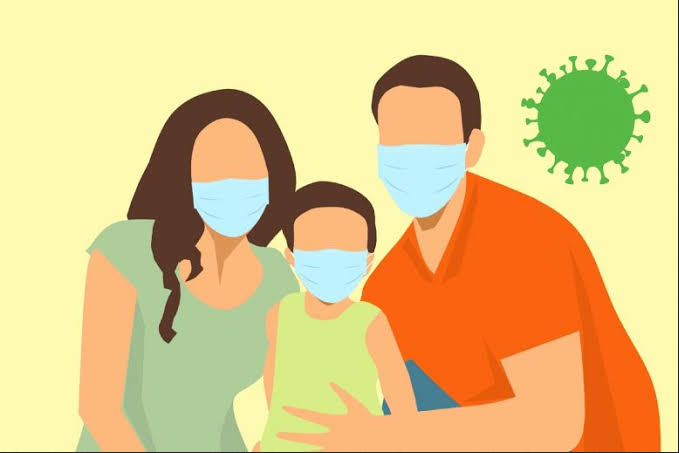 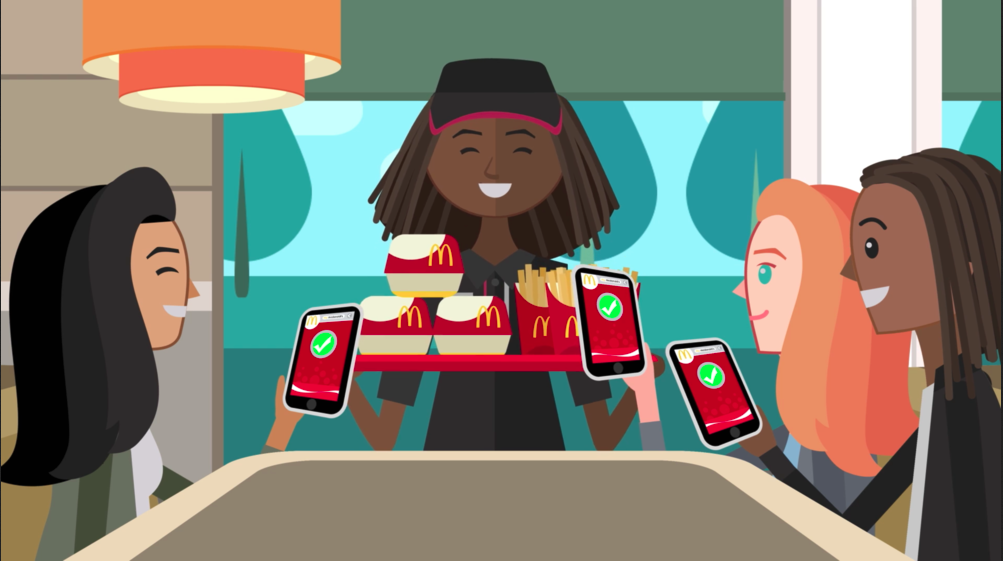 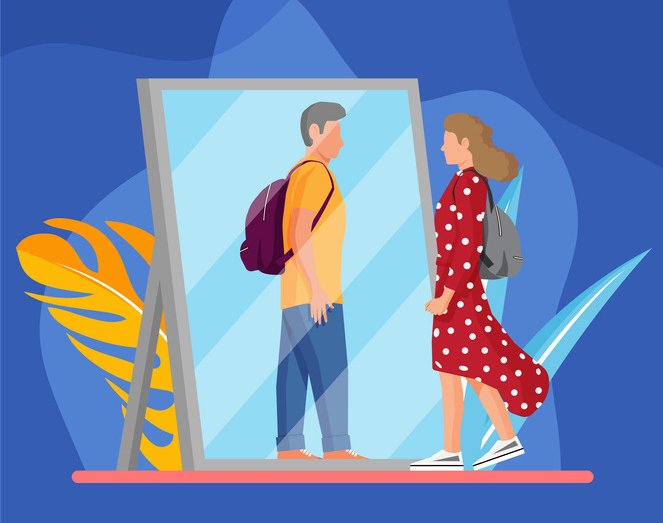 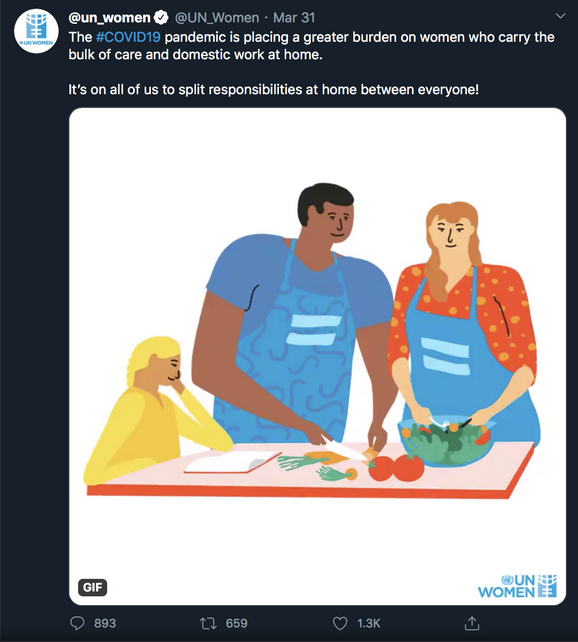 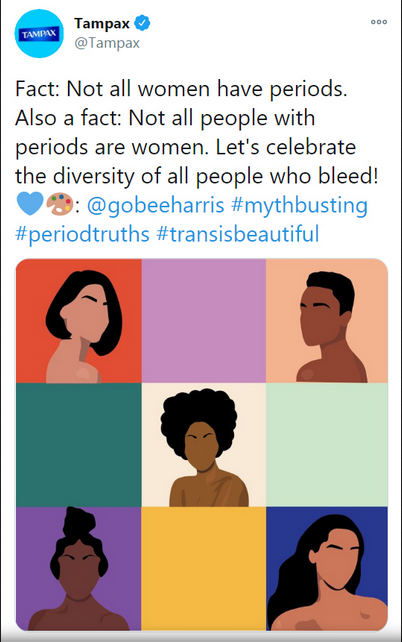 The company Kroger apparently uses a style that is more three-dimensional than flat, and the people at least have more detailed eyes than in the above examples. However, the same reduction of the appearance of intelligence in the humans depicted applies.

The sinister quality of this art is that its oversimplicity, use of color, depiction of common experiences, and expression of basic emotions endows the observer with a sense of innocence. Observers who cannot overcome this false sense of innocence will react to my observations and criticisms of this artform with sadness and anger. “BUT THOSE ARE NICE ART SCENES, KIM! STOP TRAMPLING ON MY FEELINGS! THE PEOPLE IN THOSE IMAGES ARE HAPPY! DO YOU HATE HAPPINESS, YOU HATER? WHAT DO YOU EVEN NEED A SOUL FOR? WHO CARES? ALL THAT MATTERS IS-- HAPPY!”

There are other examples of this conflict between "dumb innocence" and nobility. One such contrast (not intended by its creator be a "conflict," in the given context) can be found in the musical Footloose. The song "Let's Hear it For the Boy" is basically a glorification of mediocrity, much like Flat Art. The song "Holding Out for a Hero," on the other hand, is akin to the praise of manhood and to the epochs of heroes which were more commonplace in the past. "Where have all the good men gone," as the song asks? Their penchant for practicality has been deemed "not good enough" by this "fun"-focused, money-centered, short-of-attention-span world. They are men such as the inventor Stanley Meyer, who refused to sell out and undoubtedly was killed for it. Moreover, they have been told they are "toxic," so they live in a constant state of self-effacement lest they get accused of doing or saying something "threatening" or "hateful," get publicly shamed for it, and then lose their ability to secure an honest financial income. Where are all the gods, you ask? Humans blamed all their problems on the gods and then chased them out of their lives.

"Flat art" is ubiquitously used to sell products, attitudes and ideas by utilizing oversimplistic depictions of extremely basic emotions. The corporations who use these artforms are depicting what they want you to be: base, emotional, soulless consumers. Is that what you are? Will you capitulate to their regard for you as zombie-like cattle? As it stands, they are mostly accurate in their assessment of the current state of humanity.

Given the current status quo, beauty is harder to achieve than vagueness, consumerism, materialism, chaos, and nihilism. Beauty must be worked for through the use of precision and self-discipline, and it must be wanted.

The following are examples which exist in stark contrast to the flat art displayed above. The biggest difference you will notice is that in flat art, humans are drawn with disproportionate body parts. In contrast, the following examples depict human bodies in a physically accurate manner. 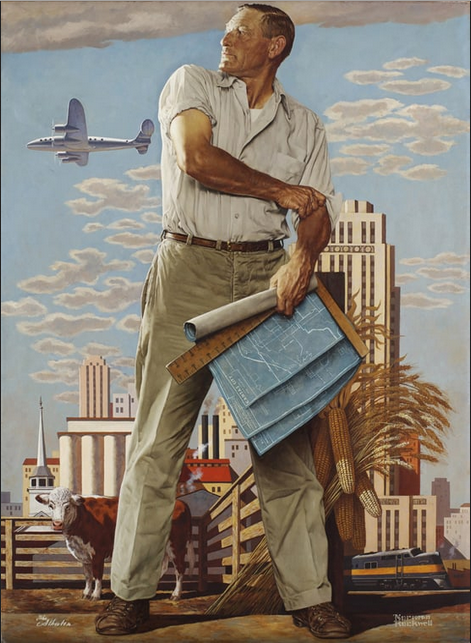 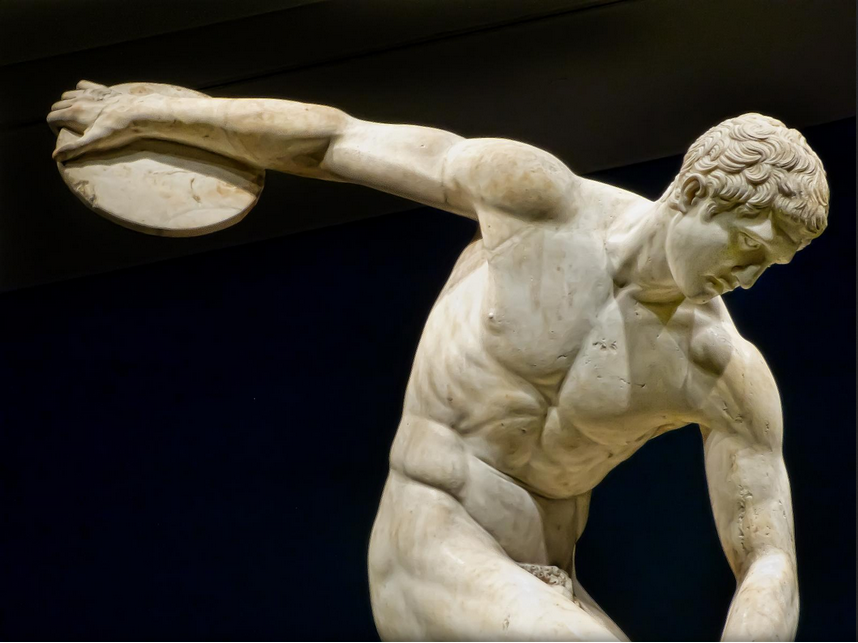 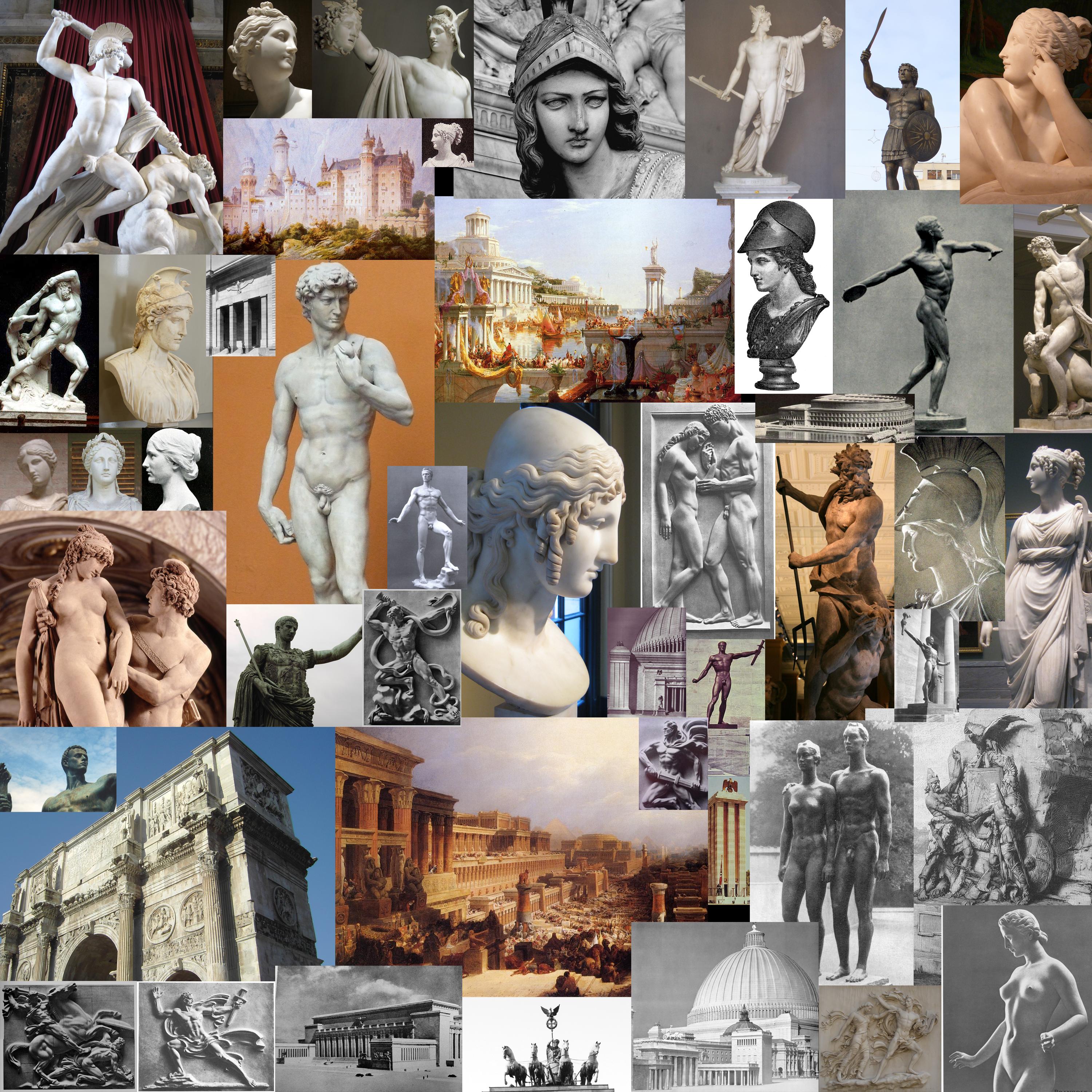 The following is one of my favorites, of course, since it depicts people running (though I do not know the context for all else that is going on). 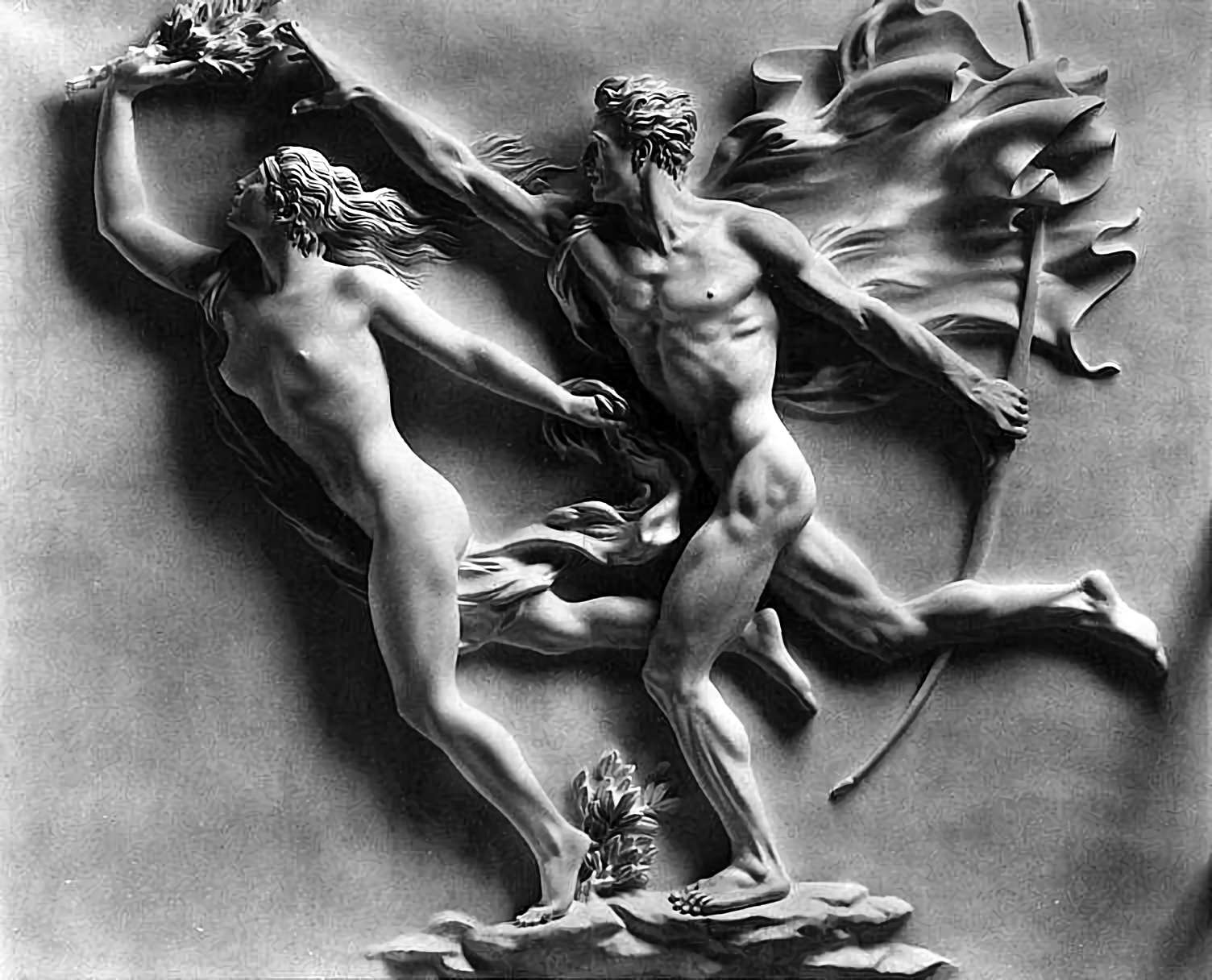 The important difference in effect between the two types of art is as follows. The soulless, unrealistic, corporate-driven art makes me feel like a slave or a prisoner to humans who are trying to control me in all aspects of life for their own short-sighted monetary and social benefits. The message being sent by the soulless art amounts to humiliation. The physically-realistic art, on the other hand, is inspiring. It holds promise for idealistic dreams to come true: to be thoughtful, physically strong, strong-willed, a problem-solver, able to overcome obstacles, graceful, beautiful, self-sufficient, capable, harmonious with nature, honorable; and to have sincere and serious relationships between people. The beautiful art depicts scenes of natural order as opposed to the kind of order that is merely imposed by whomever has the most financial resources. "Natural order" refers to physical laws that can be relied upon to make life work in a smooth and healthy manner. Indeed, it takes a soul to trust in natural order. To do the opposite, which is to subordinate the natural order to an artificially-forced order, is to lose one's soul.