Note, March 8 2021: I've made a few minor corrections to this article.

I have 17 recent e-mail messages from Brian which I have not posted. At the end of January, he sent three messages which were meant to provide final advice. After January 29, I did not hear from him until February 23, when he sent Message #77.

Messages #74-90, which are from January 27-March 2 2021, will not get added to my blog. At minimum, I will add them to the master document of his e-mail messages to me, and then upload the updated pdf. The link to that is in the Brian Harner Archive.

The following are the highlights from those messages.

I am going to write a book about living in equilibrium with the natural environment. This is the intended outcome (on Earth) of Brian’s teachings. The book will focus on, and will not be limited to, physical and technical subjects. I intend to discuss ethanol, the two energy paradigms (Satanic and Divine), hydrogen, certain engines, and more. The goal is to complete physical cycles: the result is both self-sufficiency and health.

In addition to Brian’s words, the book will include the sources that Brian has shared, as well as my own relevant knowledge. I would like to update the book periodically as I gain more experience. The purpose of the book is to gather all of this information, organize it in a meaningful way, and compile it into one document. It should serve as a guide to what needs to be done physically and why.

The last three articles I posted are The Path to Brotherhood, Why There Is No Grail (Yet), and Lead-up to The Path to Brotherhood. “The Path to Brotherhood” was rather difficult for me to write. I tried to make it palatable for a relatively “normal” audience, and the message might have gotten lost in the process. In that article, I talked explicitly about internal conflicts I have had. In Messages 74-76, Brian attempted to help me with that, but I lashed out at him (though reluctantly). He challenged my words in a somewhat harsh way. He did this to both get his point through to my rigid mindset, and to encourage me to stop talking to him.

Brian has had several reasons to get me to stop talking to him. He wants me to be independent, confident in my own decisions, and willing to find answers through my own persistence. His health is declining, and he survives only on meager donations. People have not cared for the message- especially the way Brian delivers that message- enough for my association with him to be worthwhile any longer. Brian has not had the means to build the technological systems which need to be built, nor even to prolong his own survival. In April 2019, he embarked on this mission with roughly $100,000, and it was lost to people who did not follow through on his purpose for investing in them. Because of his health, he no longer has the ability to make money. On top of that, he is not interested in receiving government assistance, even though he would qualify for disability benefits. Because people have been rather unaccepting of the message, government financial assistance would result only in depleting resources which could get used by others instead. In other words, Brian does not see the use of his continued existence. He intrudes on people's lives in a variety of ways, and he is unsettling to them. Plus, the way he sees it, if people would rather let him fade away, then so be it.

So, why did Brian e-mail me again after 3.5 weeks of silence? In February I took a class in manual machining, where I made a C-clamp out of 1020 steel. 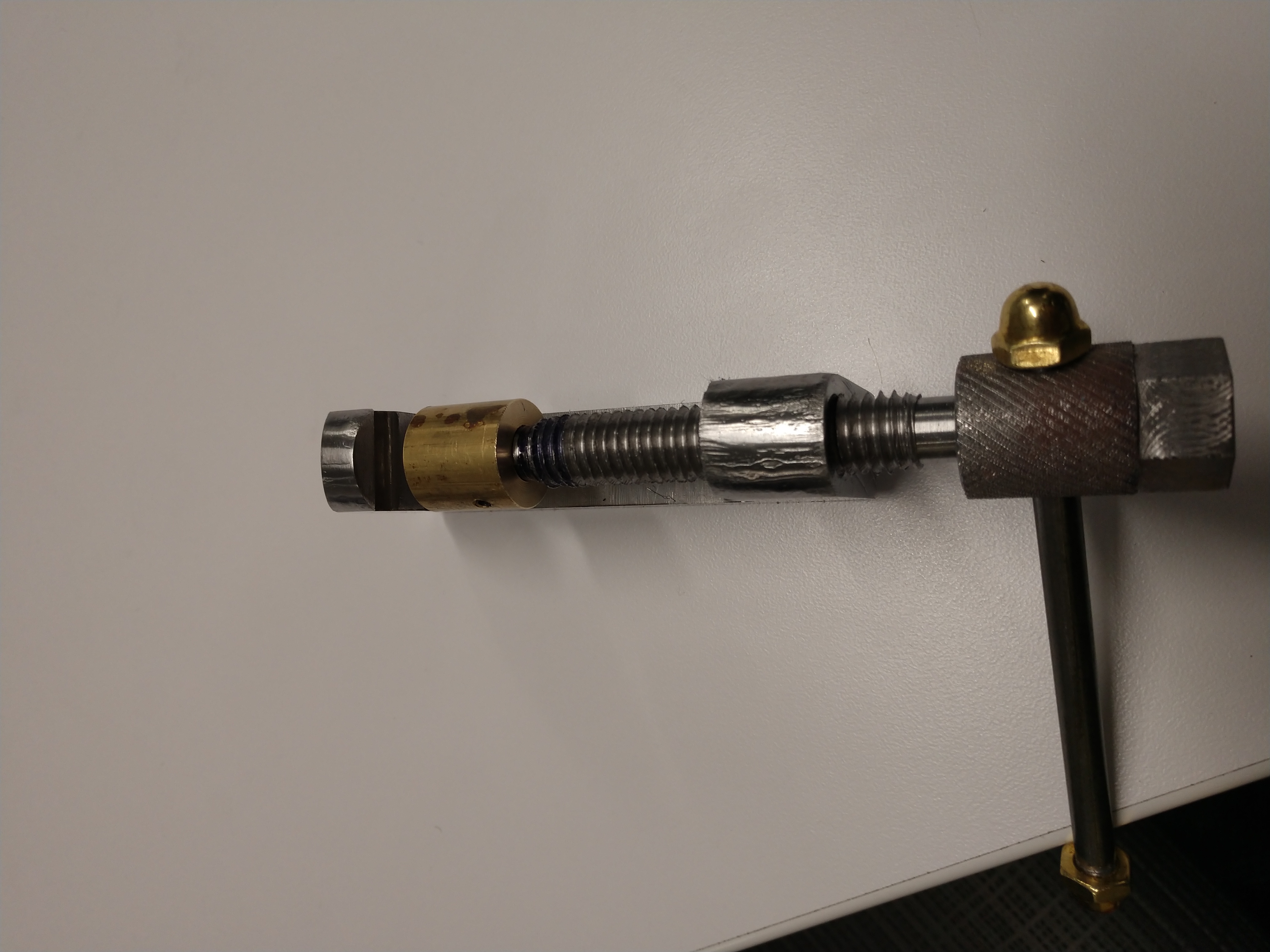 I first told Brian of my intention to take a machining class in October. Even so, he was pleased that I actually followed through on it—enough that he decided to honestly tell me about his situation. Prior to the e-mail messages he sent at the end of February, we had not discussed his health nor his finances in several months. During the 3.5 weeks of silence, I was under the impression that he wanted me to figure things out on my own, and also understand why he gave me the specific advice that he did, even though I resisted it initially.

I would like to address my side of the story in depth. However, that is somewhat complicated, and it is continually unfolding. As such, I will discuss that separately from this post.

From now on I would prefer to refer to Brian as, “Arian.” He explains the reason for this name in Message from Brian #5. I admit that for social reasons I will find that difficult to do consistently, even when I’m talking to him directly.